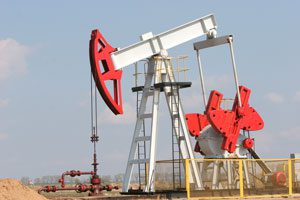 Gomel region is the largest in the Republic of Belarus. The area of its territory is almost forty and a half thousand square kilometers, which is one fifth of the territory of the republic. Gomel region is located in the south-east of Belarus. It borders on the Bryansk region of Russia, as well as on the Kyiv, Chernihiv, Zhytomyr and Rivne regions of Ukraine.

An important aspect of the geographic potential of the region is the existing base of natural resources. Rich deposits of potash and rock salt, brown coal, glass sand, peat, chalk, as well as resources such as timber, building stone, granite, gypsum, clay, oil shale are compactly located on its territory.

In the structure of republican volumes, the Gomel region makes a significant contribution – it is more than 20% of industrial production, about 15% of agricultural production, construction and installation works, about 12% of retail trade, export of goods.

Gomel region is the largest industrial region of the republic. In 2021, industrial products were produced in the amount of 32.6 billion rubles. More than 200 large and medium-sized enterprises operate here, employing more than 150 thousand people.

In the Gomel region, all the production of Belarusian oil and gas is carried out, the production of thermally polished sheet glass and bleached sulphate pulp, more than 90% of forage and combine harvesters, steel, more than half of mineral phosphate fertilizers, motor gasoline and diesel fuel, wallpaper products, food salt, porcelain products, more than 25% of machine tools for processing metals, plywood and fibreboard.
On the territory of the Gomel region there are a number of industrial giants, the stable work of which allows the region to be competitive.

In recent years, a number of major investment projects have been implemented in the region: the production capacities of JSC “Belarusian Metallurgical Plant” have been increased, JSC “Gomelsteklo” and production for industrial glass processing has been organized, JSC “Svetlogorsk Pulp & Board Mill” launched the production of sulphate bleached pulp, a production of coated and uncoated types of cardboard was created in Dobrush, Mining and Processing Plant in Petrikov was put into operation, a large-scale technical re-equipment of the woodworking enterprises of the region was carried out OJSC “Gomeldrev”, OJSC “Rechitsadrev”), in the field of renewable energy, 4 photo power stations and a hydroelectric power station with a total capacity of 95 megawatts were built, food industry enterprises were modernized (JSC “Milkavita”, confectionery factory “Spartak”, Svetlogorsk branch of the PUE “Kalinkovichi Dairy Plant”) and other projects. 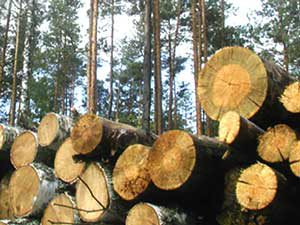 There are enterprises created with the participation of foreign capital from more than 40 countries of the world in the region, including Russia, Ukraine, Austria, Germany, Italy, Cyprus, Poland, Latvia, Lithuania, Luxembourg and others.

The Gomel economy is export-oriented. More than 50% of all manufactured products are supplied to the markets of near and far abroad countries.

Foreign trade relations connect organizations of the Gomel region with partners from more than 116 countries of the world. In 2021, goods worth $5.5 billion were exported to foreign markets.

Products from oil and oil products, fertilizers, liquefied petroleum gases, salt are supplied to foreign markets and others (30.2% in the region’s exports), ferrous metals (29%), milk and dairy products (7.7%), mechanical equipment (4.9%), wood and wood products (4.3%), plastics and wood products (3.8%) and other goods.

To promote the development of innovation infrastructure there are 2 scientific and technological parks in the region: OJSC “Gomel Technopark” and “Technopark Coral” Republican unitary service enterprise “Agency for Development and Investment Promotion”, on the premises of which small innovative enterprises engaged in the development and implementation of new and high technologies are located and operate.

A significant contribution to the development of regional scientific, technical and innovative activities is made by the cooperation of scientists of the region with foreign partners, which is carried out within the framework of the implementation of international contracts and agreements.