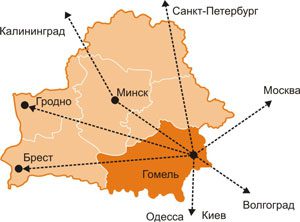 Gomel region is the largest in the Republic of Belarus. The area of its territory is almost forty and a half thousand square kilometers, which is one fifth of the territory of the republic. Gomel region is located in the south-east of Belarus. It borders on the Bryansk region of Russia, on the Kyiv, Chernihiv, Zhytomyr and Rivne regions of Ukraine. The Gomel region includes 1 city of regional subordination, 17 cities of district significance, 15 urban-type settlements, 21 districts, 242 rural councils, 2,267 rural settlements. 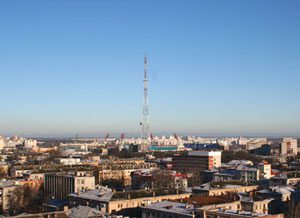 An important aspect of the geographic potential of the region is the existing base of natural resources. The main minerals of the Gomel region: oil, gas, rock salt, peat, coal, brown coal, clay for the production of bricks and tiles, potassium salt, chalk, building stone, glass and foundry sand.

The advantageous position in the transport chain from Europe to Russia makes our region attractive for the implementation of any investment projects oriented to foreign markets. International integration processes only increase this advantage.

The development of the Eurasian Economic Union creates a huge barrier-free market with a capacity of more than 180 million consumers. In addition, the Gomel region is an important element of the transport route that connects large port regions – the Baltic and Black Sea. 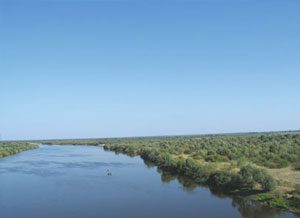