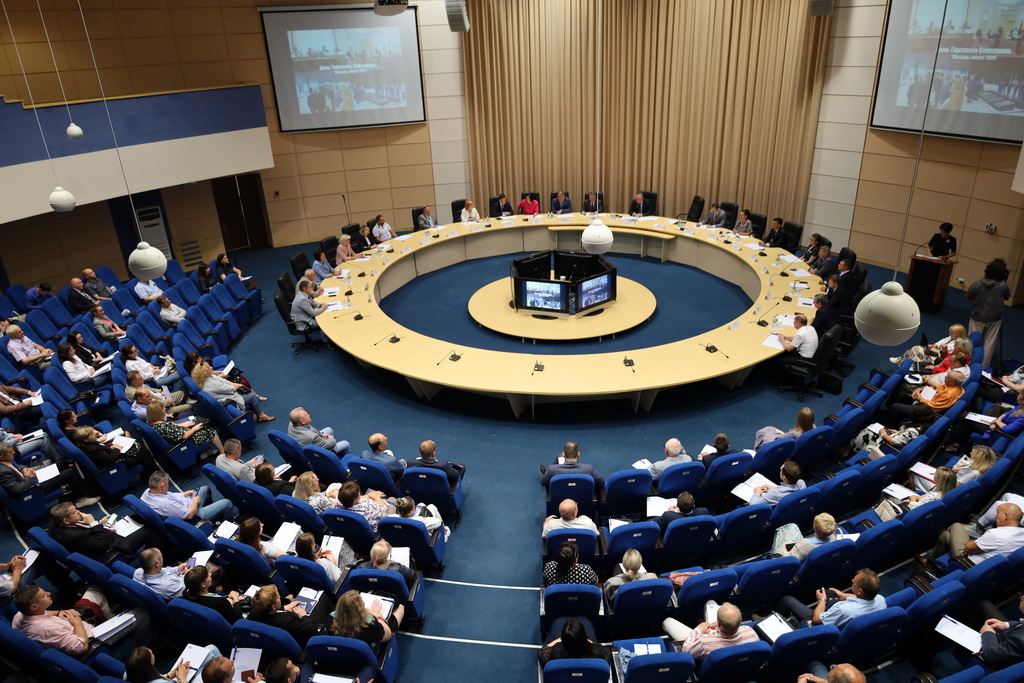 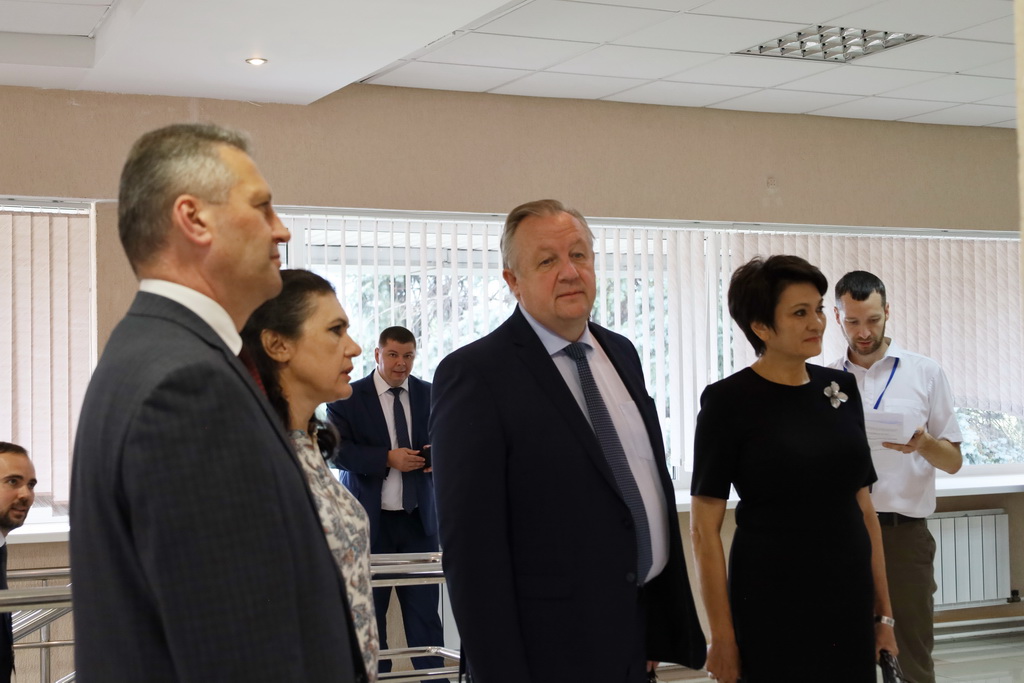 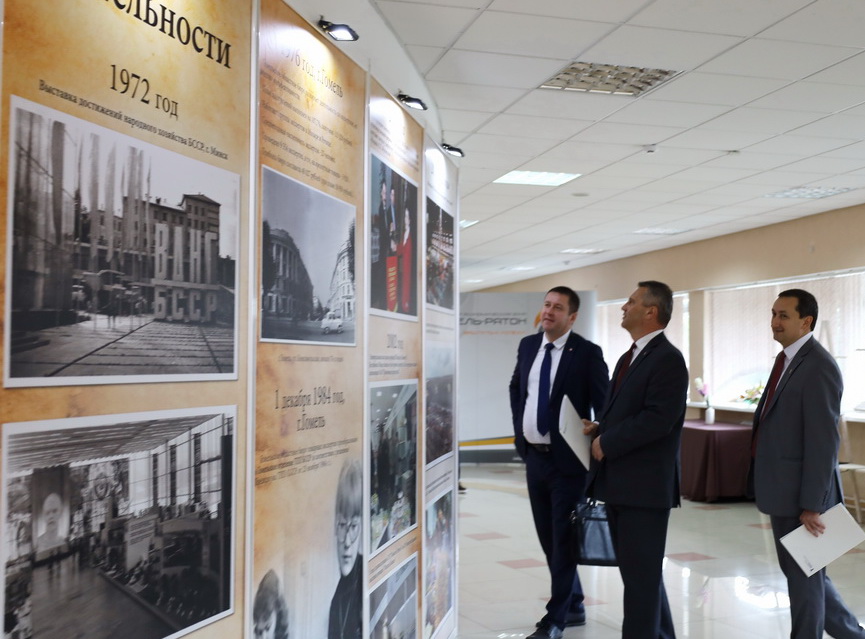 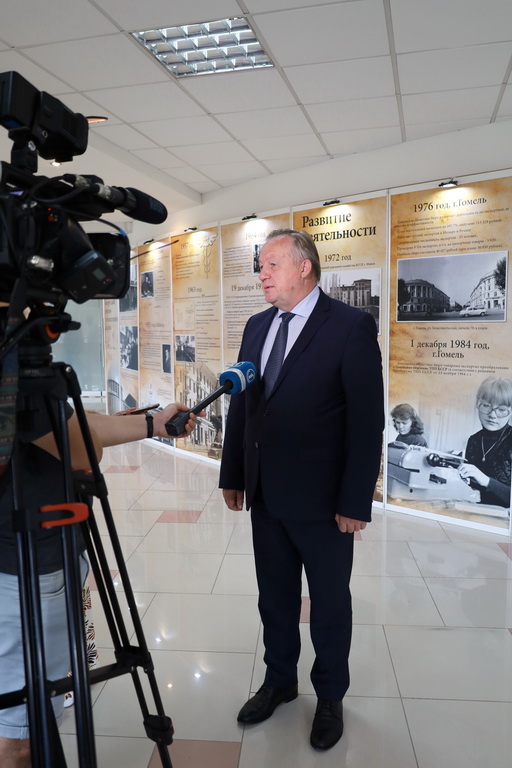 This year’s meeting was attended by Mikhael Miatlikov, Chairman of the Belarusian Chamber of Commerce and Industry, Andrey Konyushko, deputy chairman of the Gomel Regional Executive Committee, heads and representatives of the Gomel branch of the BelCCI, enterprises-members of the chamber.

As Mikhael Miatlikov underlined, the next congress will take place in the anniversary year for the BelCCI. In December it will be 70 years since its foundation. Today the BelCCI brings together over 2,600 members – enterprises and organizations of the Republic of Belarus. In this difficult time the Chamber has been updating forms and methods of work in line with the demands of the present time. New areas of activity are developing. At present such issues as recognition of “force majeure” circumstances and arbitration under international contracts are in great demand among businesses.  The Belarusian Chamber of Commerce and Industry (BCCI) has been doing a lot of work on applications from businesses, the number of which has increased significantly this year. The new BelCCI project “ProBusiness under sanctions” provides useful information in 16 tabs on the main issues that Belarusian businesses are increasingly facing in foreign markets. 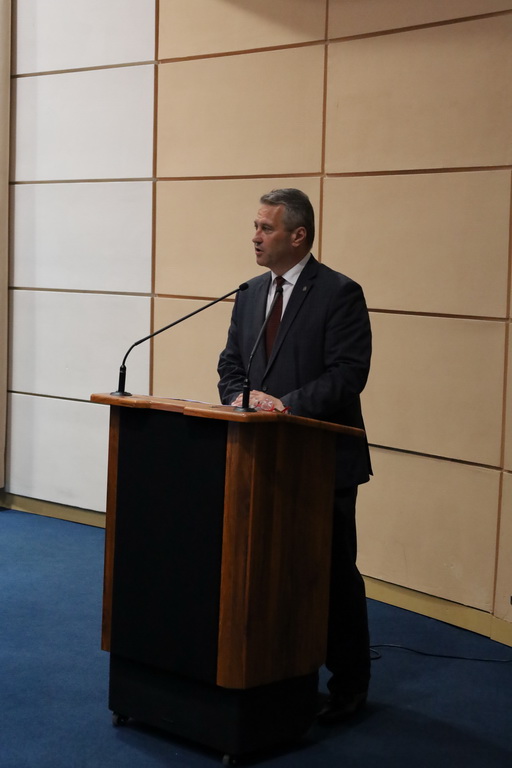 Speaking, Andrey Konyushko, Deputy Chairman of the Gomel Regional Executive Committee, expressed the wish to develop new formats of interaction and access to new markets, emphasising the particular importance of digitalisation in the promotion of products and services. 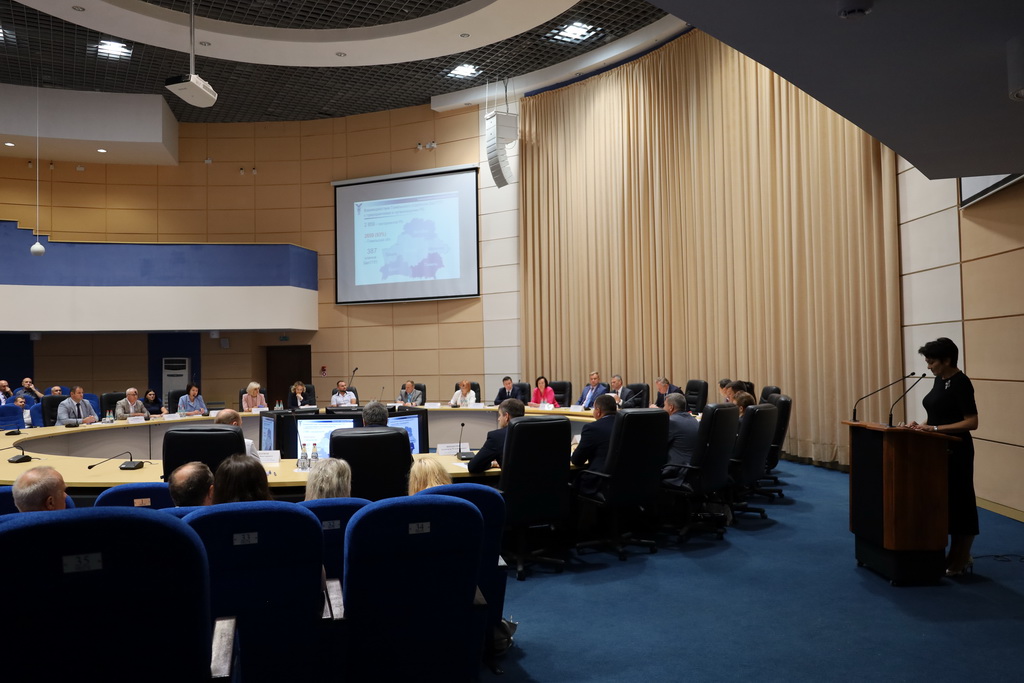 Marina Filonova, Director General of the Gomel branch of the BelCCI, noted that from 2019 to 2021, the branch, by providing more than 50 types of expert and foreign economic services, ensured annual fulfillment of the delivered indicators in the main areas of expert and foreign economic activities and was the winner of the annual competition among regional branches of the BelCCI in 2020 and 2021. Interacting with Belarusian counterparties from all regions, the activity of the branch is always focused as much as possible on economic entities of the Gomel region, of which 387 are members of the BelCCI.

In the face of a sharp change in economic circumstances, active work is being done to develop expertise and foreign trade activities, and to ensure that the momentum in any of these areas does not diminish. Since the beginning of this year, companies have interacted with 756 foreign partners from 18 countries. 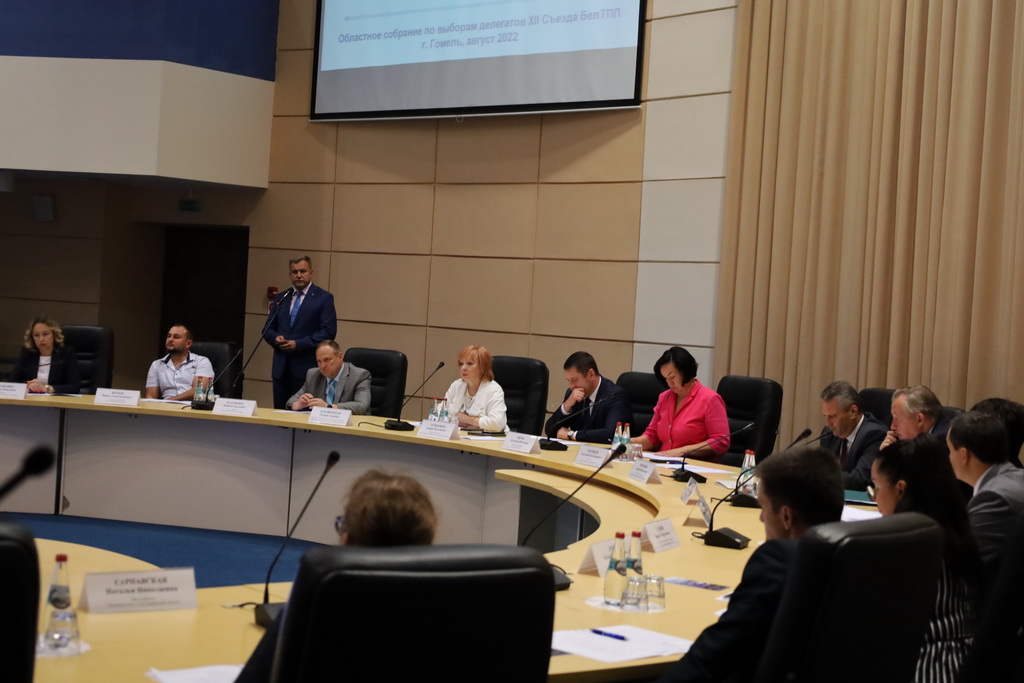 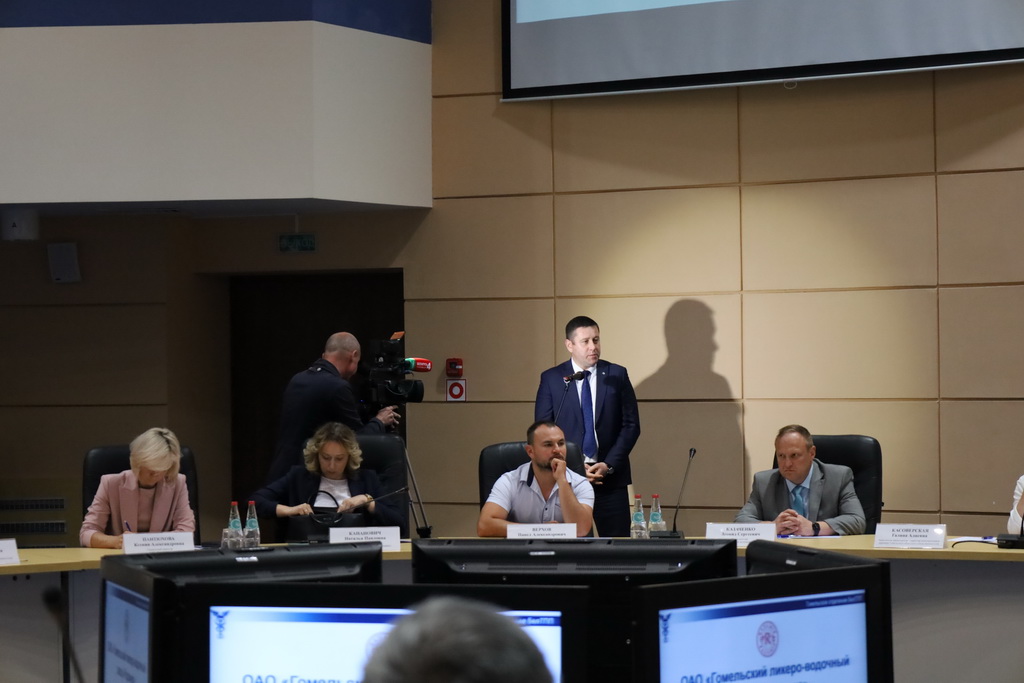 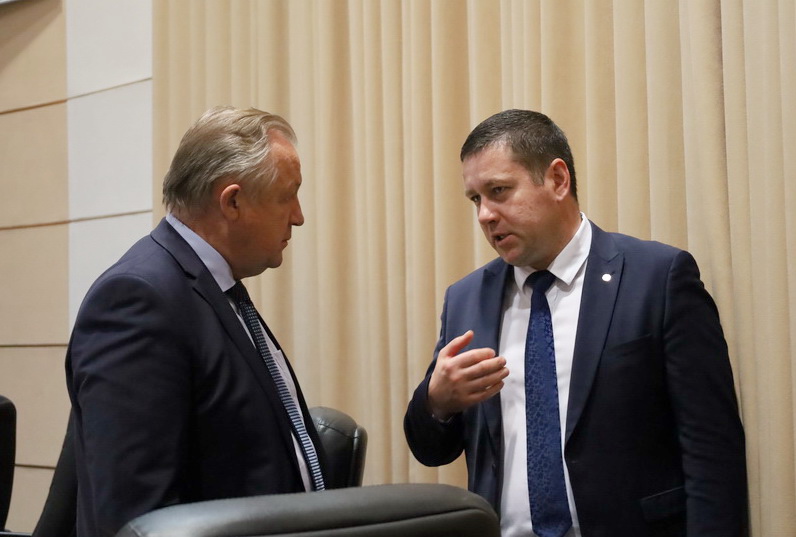 According to the results of the voting, 19 delegates will represent Gomel Region at the XII Congress of the Belarusian Chamber of Commerce and Industry. 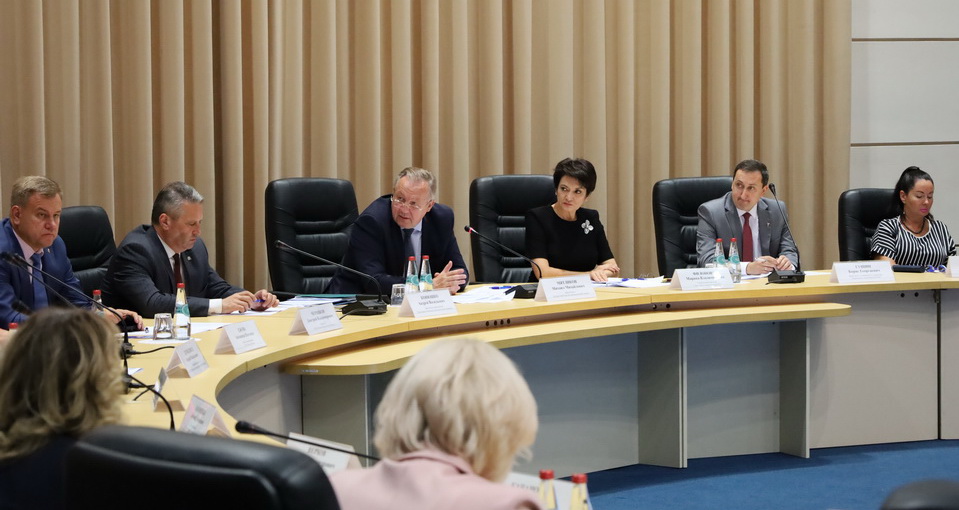 The staff of the Gomel branch of the BelCCI thanks the partners and members of the Chamber for fruitful cooperation!

Commemorative signs of the Gomel branch of the BelCCI were awarded: