Home › Chronicle of events › May 20, 2022
Regional meeting with the Udmurt Republic 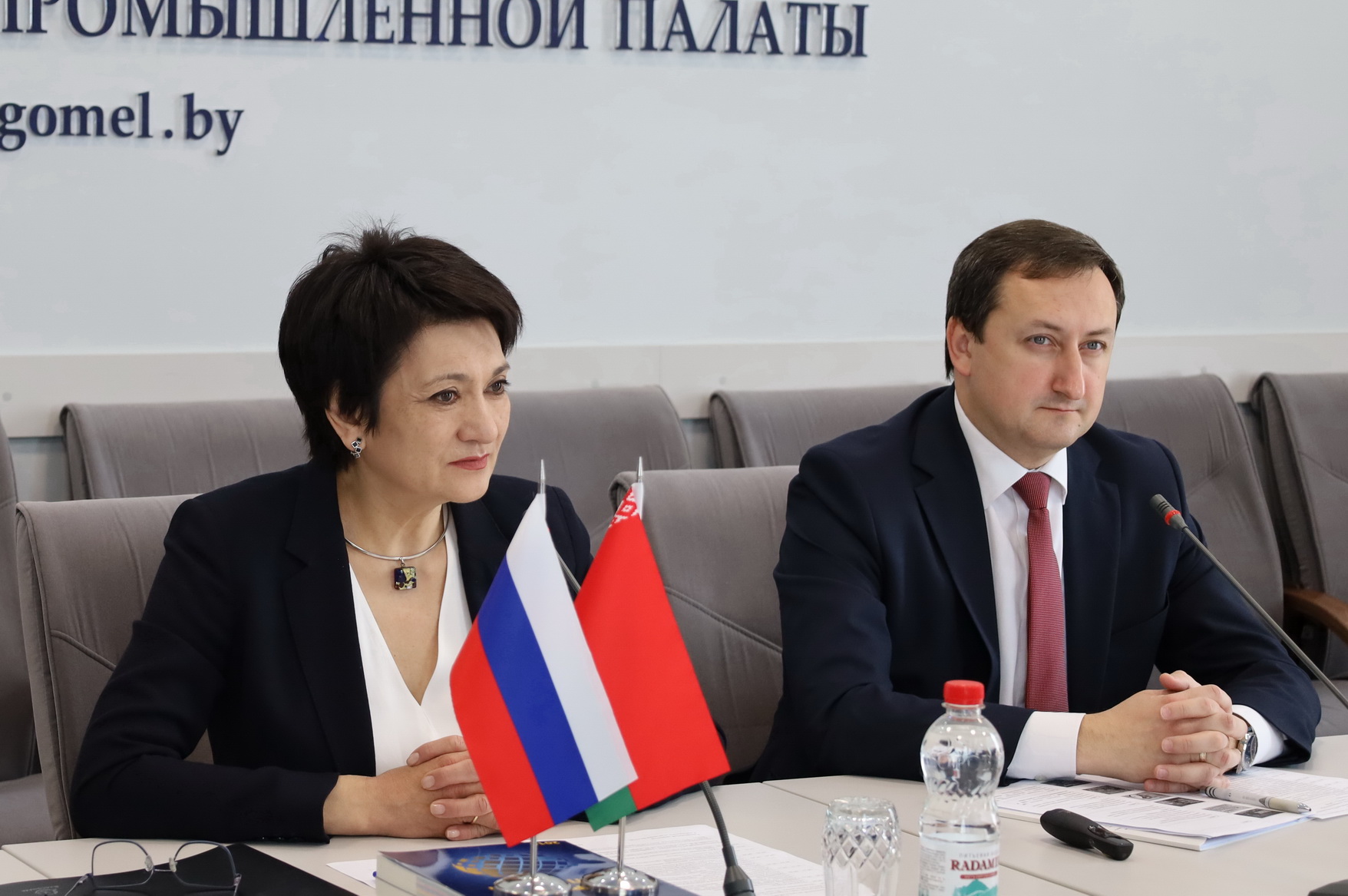 Opening the meeting, General Director of the Gomel branch of the BelCCI Marina Filonova noted the importance of the regional aspect in enhancing contacts between the Gomel region and Udmurtia, according to the similarity of potentials and the interest of companies producing innovative and high-tech products.

Mikhail Akunets, Deputy Chairman of the Economy Committee of the Gomel Oblast Executive Committee, made a presentation of the economic and investment potential of the modern Gomel region. 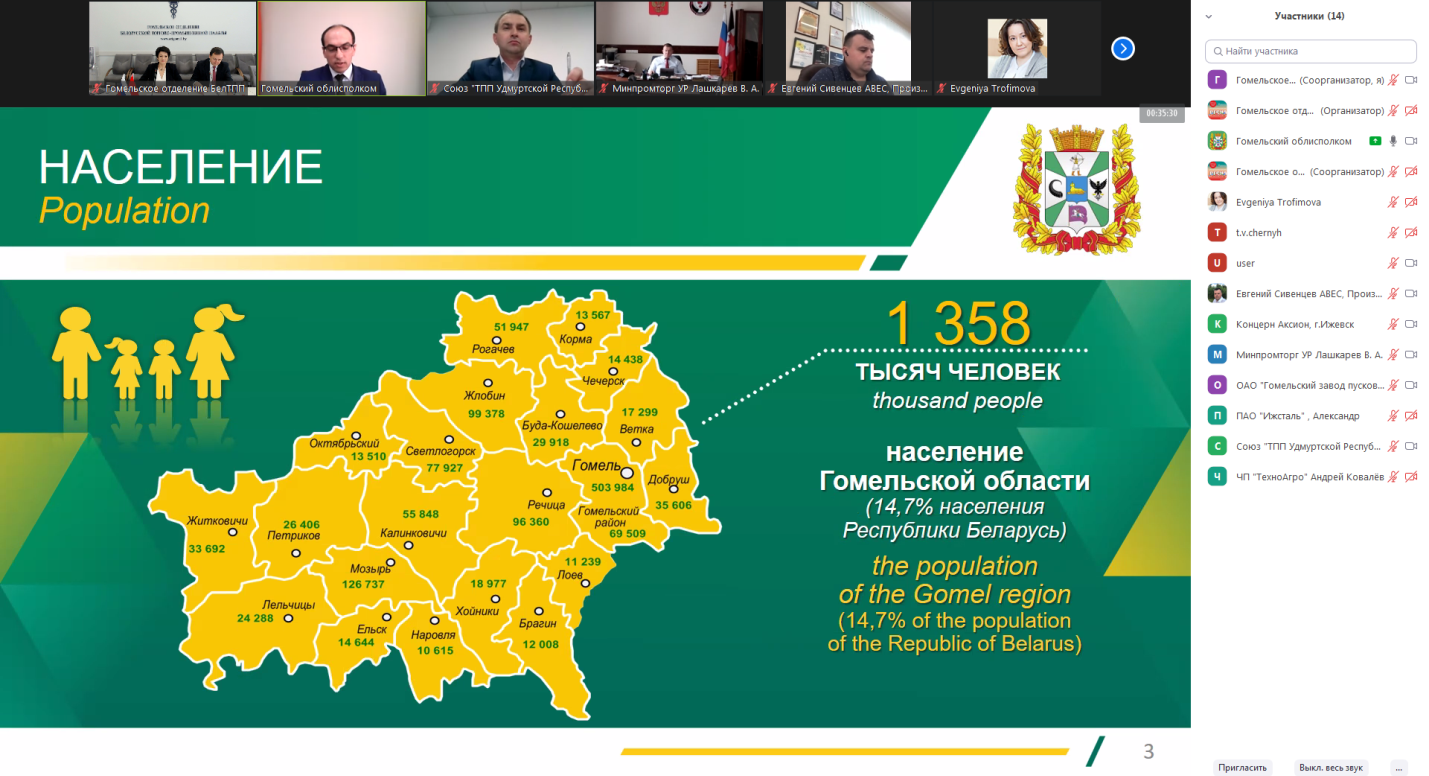 Minister of Industry and Trade of the Udmurt Republic Viktor Lashkarev, representing the economy of the region, noted that Belarus ranks 2nd in the structure of exports from Udmurtia and 7th in the structure of imports. Cooperation with Belarusian companies is developing in Udmurtia. So, for example, chain of stores the Belorus presents the products of Gomel enterprises JV OJSC Spartak, OJSC Milkavita, OJSC Rogachevsky MKK. He proposed to study the catalog of positions posted on the website of the Ministry of Industry and Trade of Russia for cooperation in the field of import substitution. 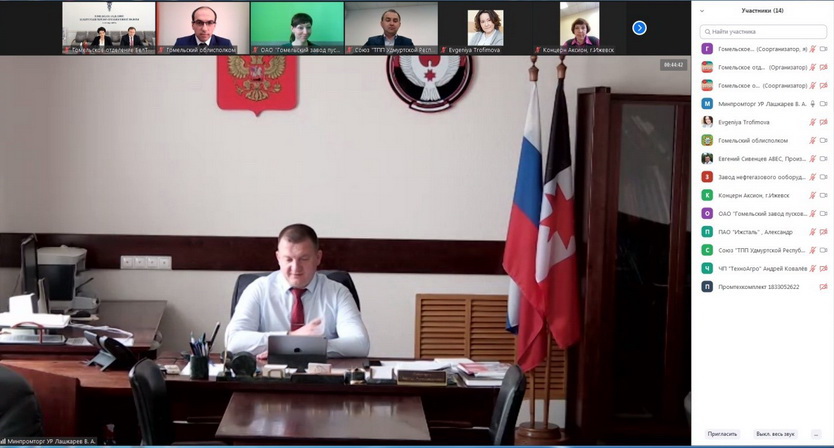 The President of the Union “Udmurt CCI” Sergey Vasiltsov invited Gomel enterprises to take part in the Industrial Forum in Izhevsk on October 12-14, 2022 and in food fairs. He expressed his intention to visit Gomel with a delegation of Udmurt business circles in 2022. To implement the Cooperation Agreement between the Gomel branch of the BelCCI and the Union “Udmurt Chamber of Commerce and Industry”, he proposed to specify the actions in the Action Plan. 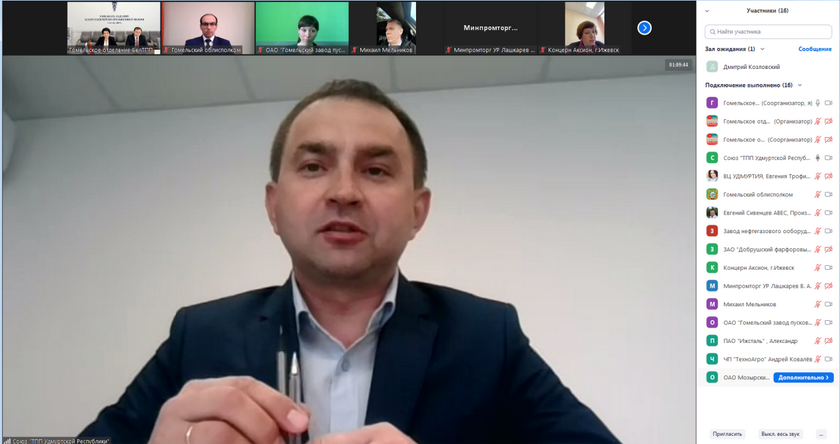 From the Belarusian side, the presentations of their activities were held by PTUE “TekhnoAgro” and OJSC “Starting Engine Plant”. From the Russian side, Tekhnovek LLC and Axioma Concern LLC participated in the negotiations. 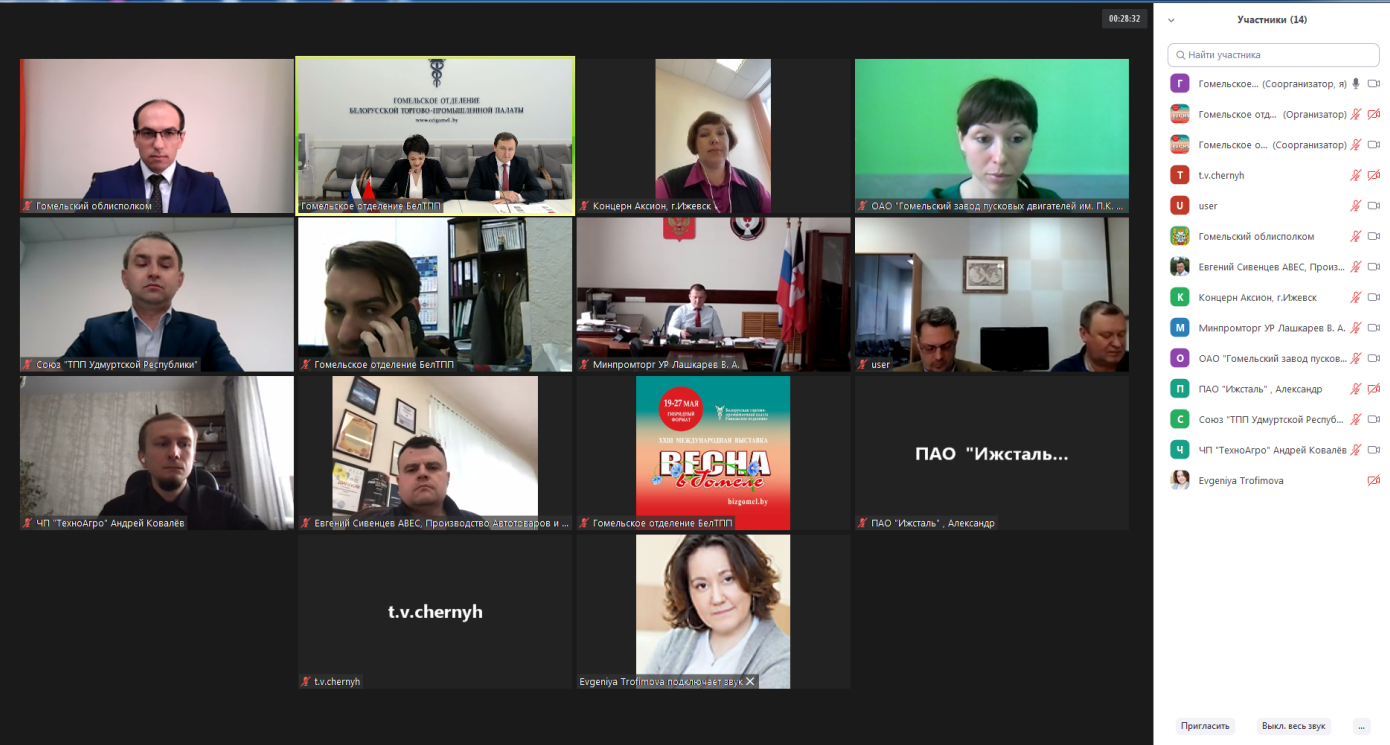