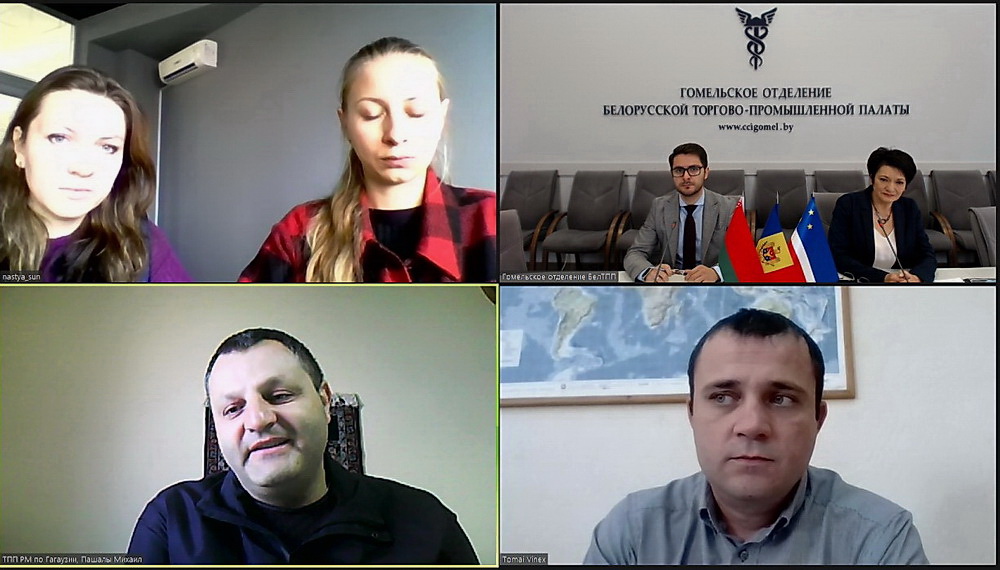 Continuing the interaction of the Gomel branch of the BelCCI and the Gagauz branch of the CCI of the Republic of Moldova, on September 30, 2021, specialized online b2b negotiations were held between Belarusian and Moldovan business circles on the supply of wine and cognac products.

Opening the dialogue, Director General of the Gomel branch of the BelCCI Marina Filonova and Director of the Gagauz branch of the CCI of the Republic of Moldova Mikhail Pashaly noted the positive results of a series of specialized online meetings held in July this year, which resulted in the expansion of the range of Moldovan products in the retail chains of the Gomel region.

The negotiations were attended by the company “Tomai-Vinex” JSC – one of the most famous wine producers in Moldova. The chairman of the board of directors of the company is the Honorary Consul of the Republic of Belarus in the Republic of Moldova Konstantin Sibov, who in turn actively contributes to the promotion of Belarusian products, both in Moldova and in the EU countries.

As a result of the meeting, preliminary agreements were reached on the supply of Tomai Vinex products to the Gomel region.