Home › Chronicle of events › May 24, 2022
Regional meeting with the Kirov region 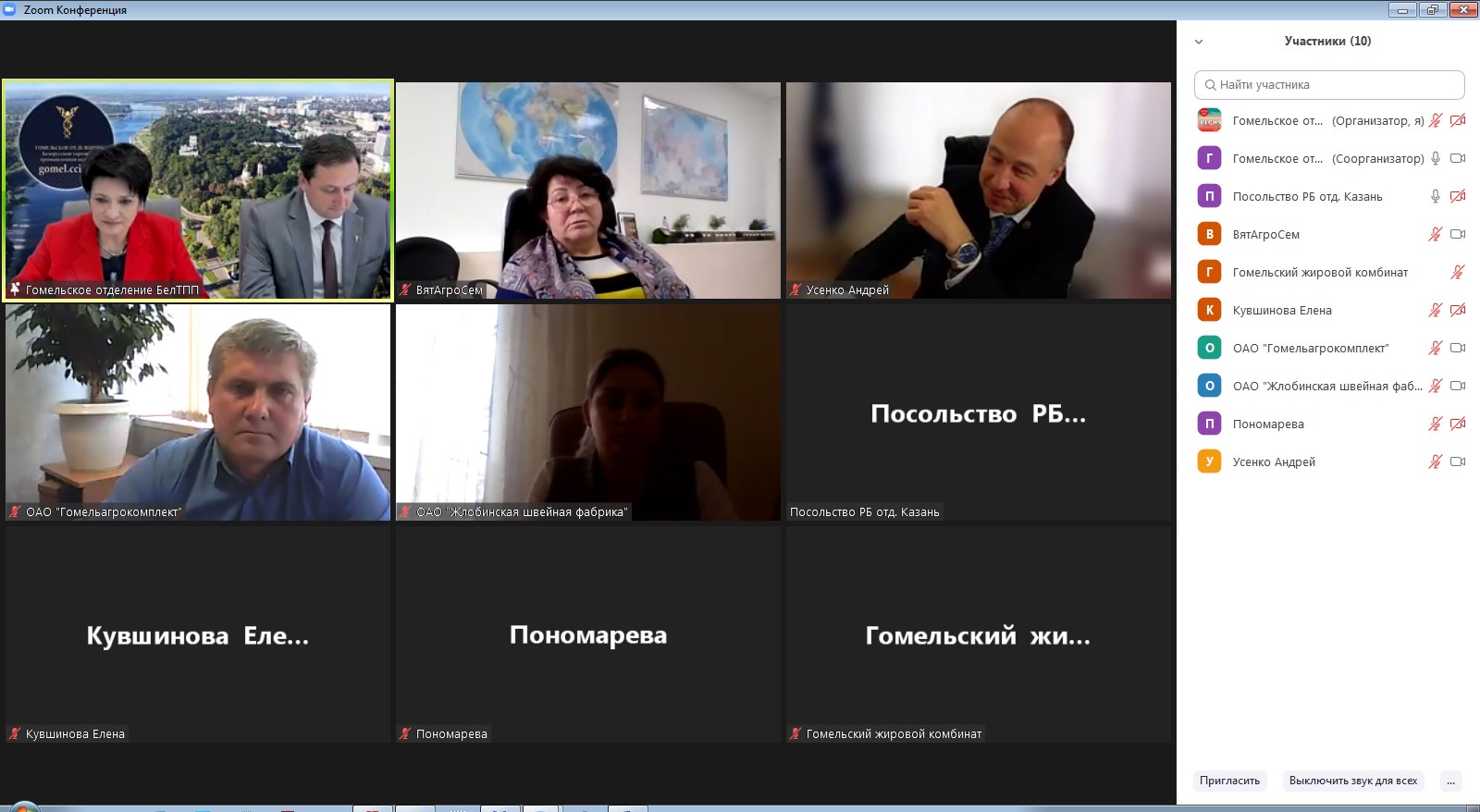 On May 24, 2022, within the framework of the International Exhibition “Spring in Gomel”, a regional meeting was held with the Kirov region of the Russian Federation, organized by the Gomel branch of the Belarusian Chamber of Commerce and Industry jointly with the Union “Vyatka CCI”.

The meeting was attended by the head of the branch of the Embassy of the Republic of Belarus in the Russian Federation in Kazan Viktor Shchetko, as well as Belarusian and Russian enterprises. The event was moderated by Marina Filonova, General Director of the Gomel Branch of the BelCCI. In her welcoming speech, she noted that under the current conditions, the organization of joint programs for industrial cooperation is of particular interest. 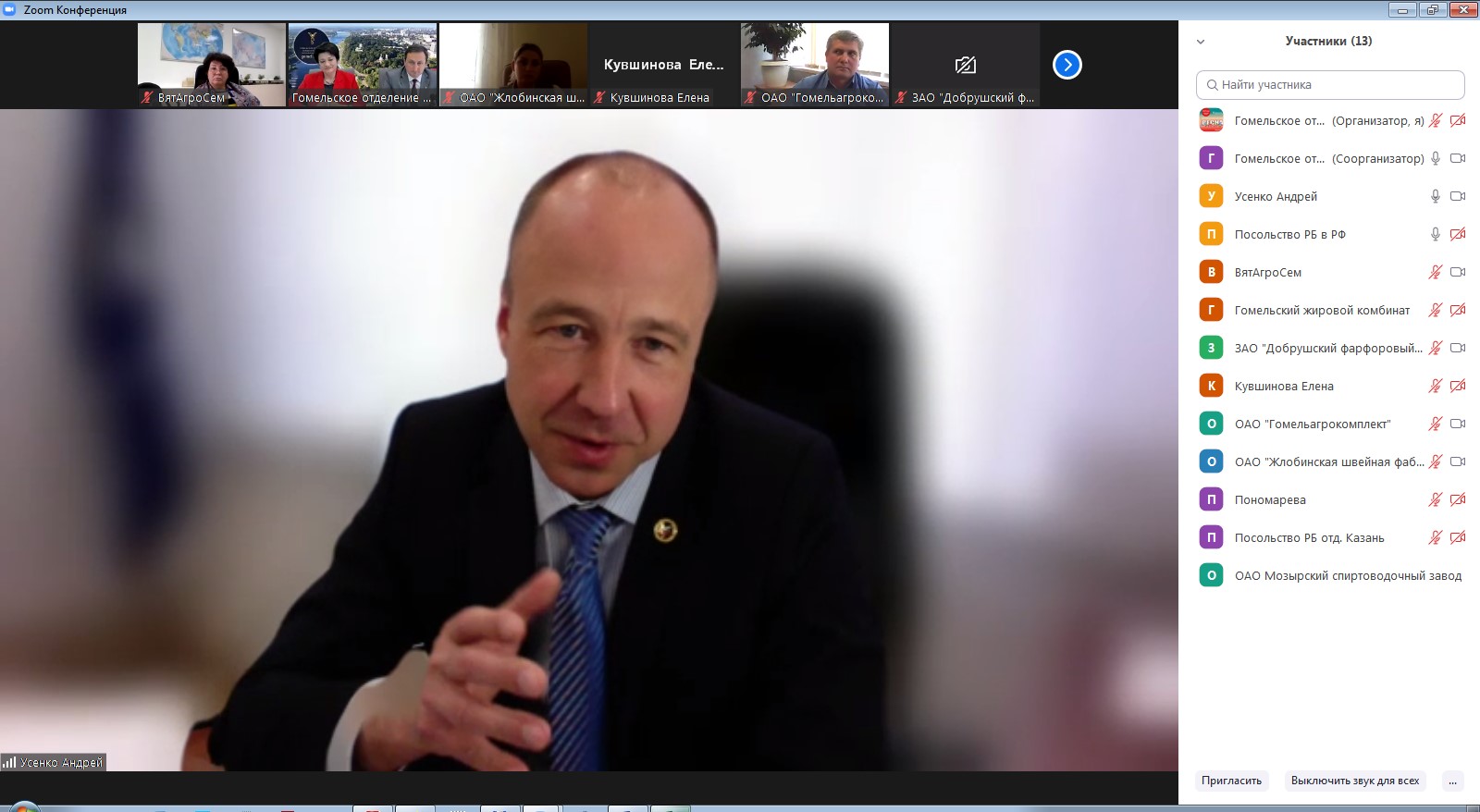 Informing about the possibilities of the electronic platform for international contacts GomelProBusiness (bizgomel.by) in the presentation of the Gomel region and the Gomel branch of the BelCCI, Boris Gushchin, Deputy General Director of the Gomel branch of the BelCCI, proposed to intensify the exchange of commercial proposals and invited the enterprises of the Kirov region to take part in the republican universal fair “Palesskaya Skarbnitsa”, international event “Business Days in Gomel”. 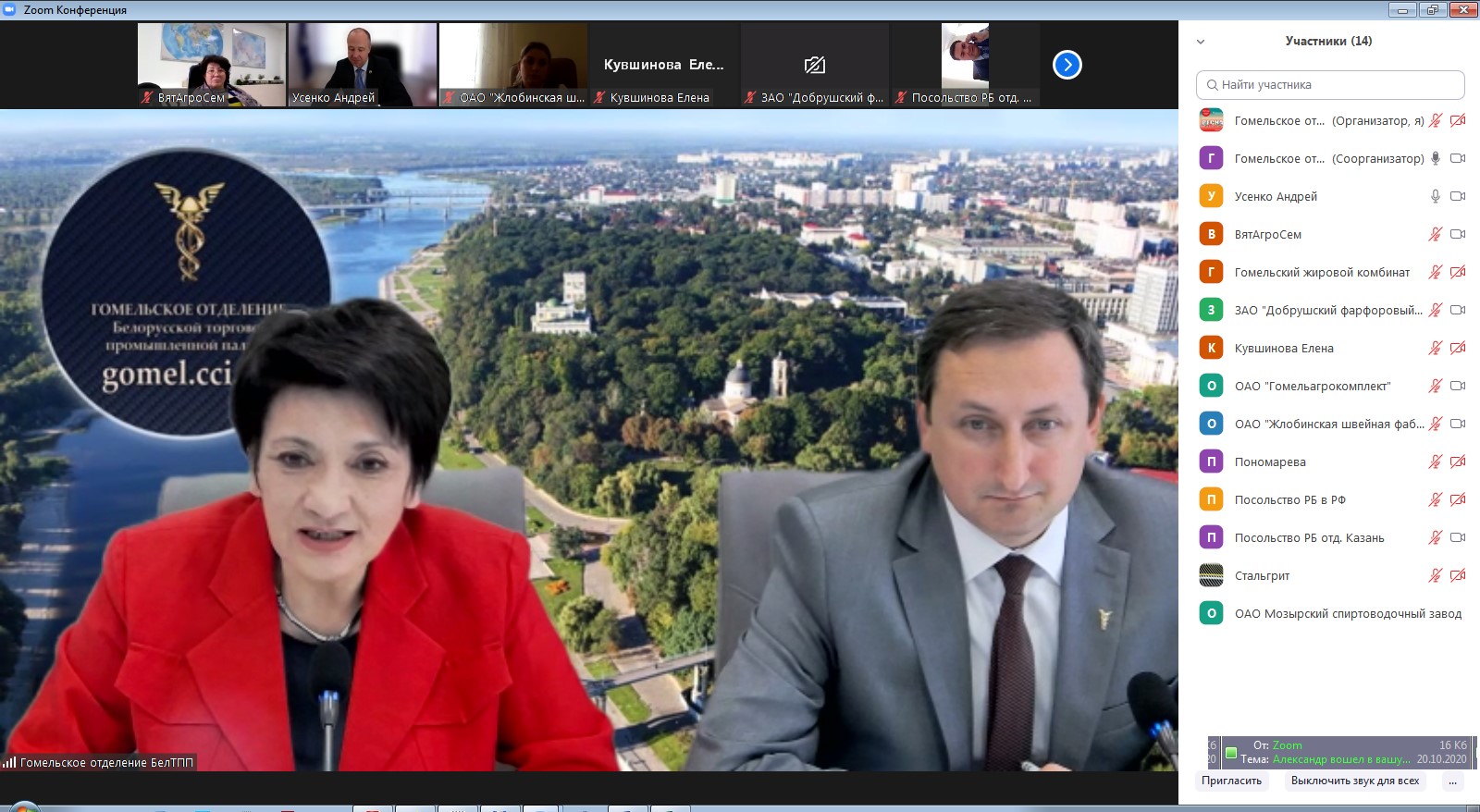 Andrey Usenko, President of the Union “Vyatka CCI”, spoke about the work of the import substitution exchange and the launch of his own Telegram channel with proposals and requests for import substitution. Noting the need for closer interaction at the level of chambers and businesses, he suggested connecting enterprises from the Gomel region to the channel. 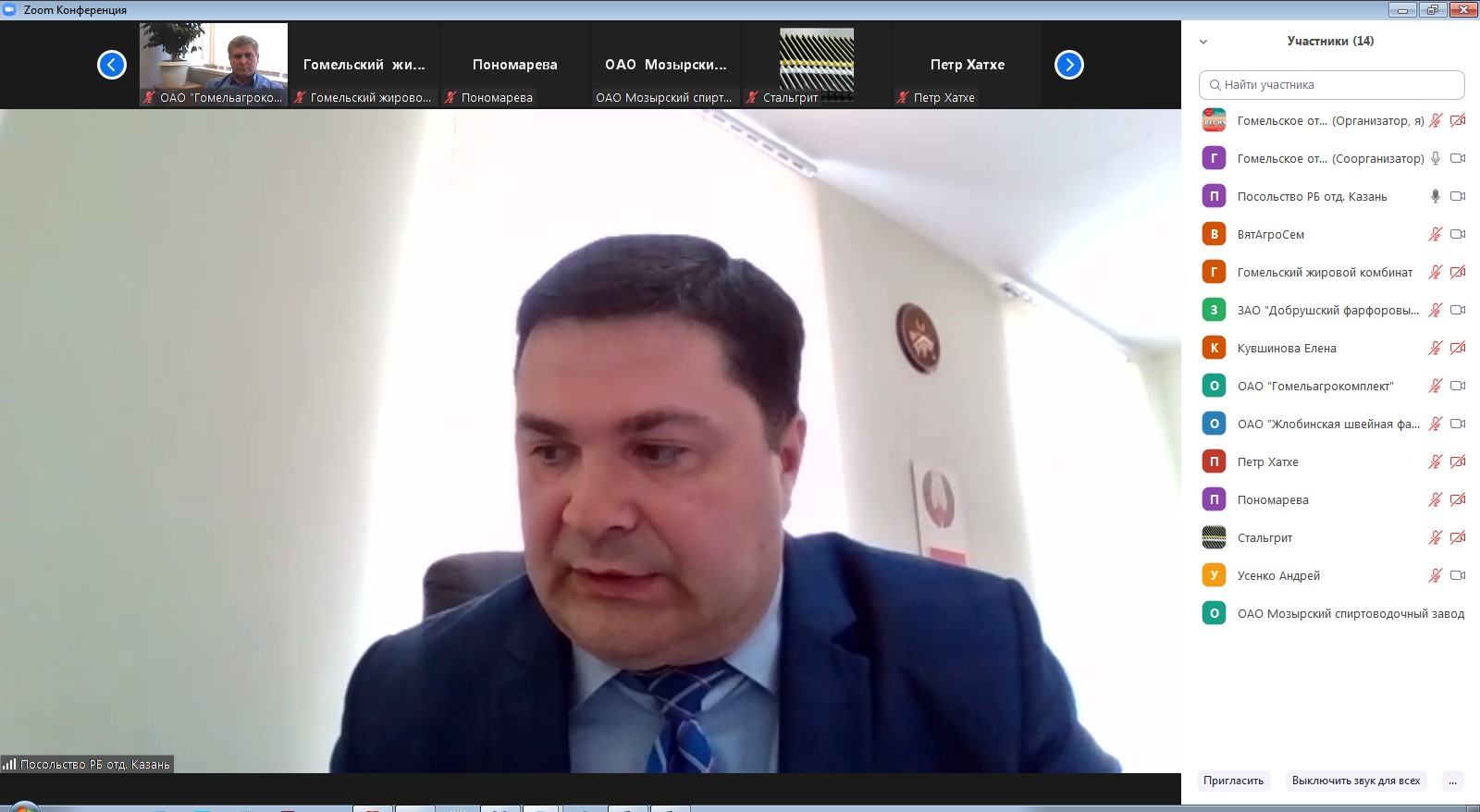 Inviting business circles from Kirov to the Forum of Regions of Belarus and Russia, the participants of the meeting were greeted by the head of the branch of the Embassy of the Republic of Belarus in the Russian Federation in Kazan Viktor Shchetko. Noting an increase in trade turnover with the Kirov region by 26% in the 1st quarter of 2022, he proposed to develop the supply of Belarusian goods: electronic components, passenger and municipal equipment, seeds of grain crops, water treatment and sanitation equipment.

The meeting was followed by presentations of the companies’ activities. From the Belarusian side – OJSC «Zhlobin Garment Factory» OJSC «Gomel Fat Plant», OJSC «Gomelagrokomplekt». From the Russian one – LLC «VyatAgroSem», LLC «Azimut».